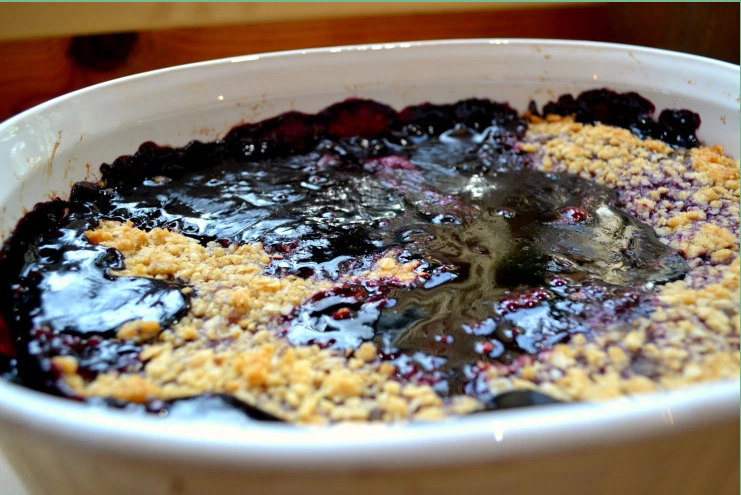 My grandmother, Sylvia Butcher, a true Spenardian and Alaskan in her own right, has been living in Alaska since the early 1960s. She met my grandfather, who grew up in Anchorage after his parents homesteaded here in 1943, in California and they started a life together in the city of Anchorage. 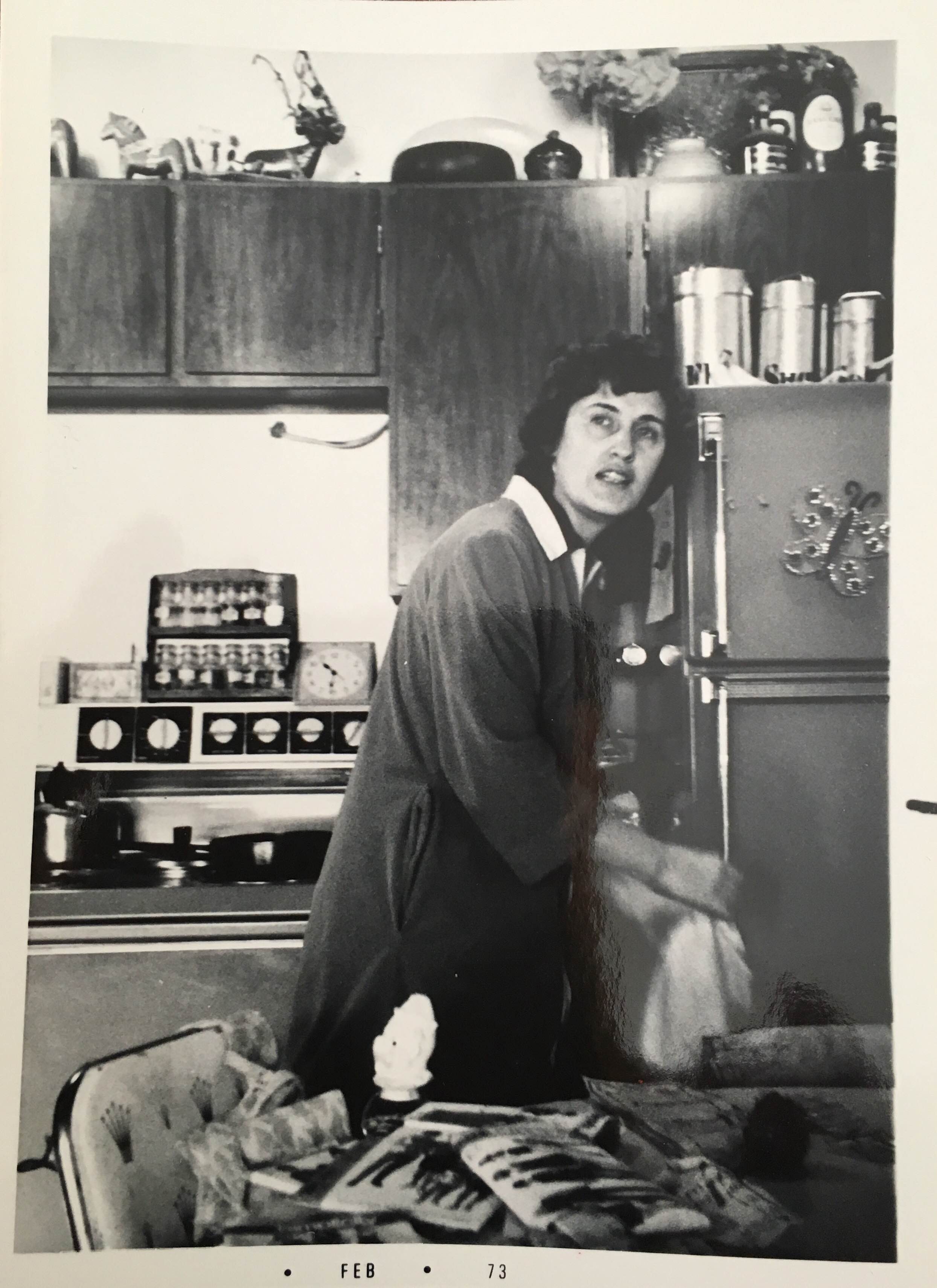 One of my grandmother’s favorite Alaskan pastimes is blueberry picking. She knows all the spots, from the shores of Seward to the mountainsides of Broad Pass. Of course, she would never permit to say where her favorite spot is, as that’s a heavily guarded family secret. She claims that the peninsula is the way to go. She notes that Girdwood blueberries are wormy and that Seward and Whittier are good places to explore, claiming that coastal blueberries are better in taste and easier to pick than their alpine cousins.

Don’t even think about buying blueberries for this recipe. Grandma scoffs at the mere thought of store bought blueberries, lacking in taste and authenticity. 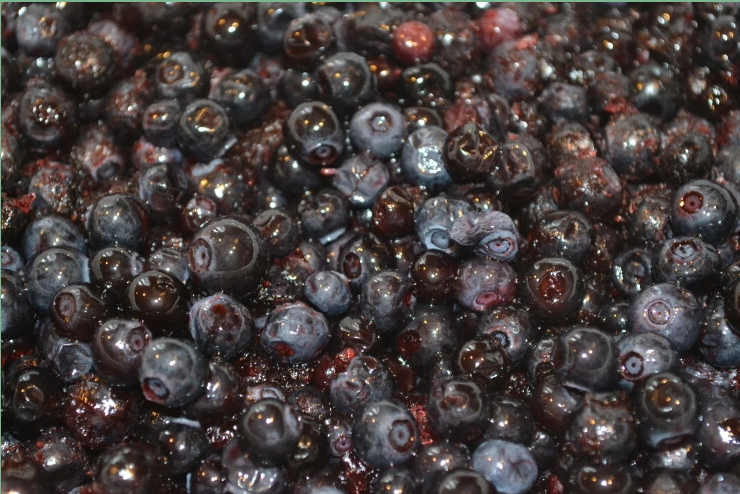 After my grandma agreed to teach me how to make her special blueberry crumble, I visited her in her kitchen. She pulled out of a bag of frozen blueberries that was thawing in the fridge.“They have to be Alaskan blueberries, not store bought. There’s no comparison,” she said. Grandma held the bag in the air and examined it, as if checking to see if a nugget of gold was actually just pyrite. The bag, with the date “8/15″ written in sharpie on the side, was gently poured out into the baking dish. As I spread the blueberries evenly in the dish, Grandma told me about picking those berries with my mom last summer while they were in Seward.

“We picked them until we couldn’t pick anymore, brought them back to the cabin, and went out and did it all again the next day,” she said.

The recipe for blueberry crumble was given to my grandmother in a cookbook published by the women’s club of Anchorage in the late ‘50s. Today, the recipe book is near shreds, the stack of papers are held together by an old rubber band. My grandma received the cookbook from my great-grandmother, her mother-in-law, as a wedding gift. My great-grandmother was part of the women’s club and had her own recipes published in the book as well. My grandma tried the Blueberry Crunch recipe, as it’s called in the recipe book, and has been in love with it ever since. 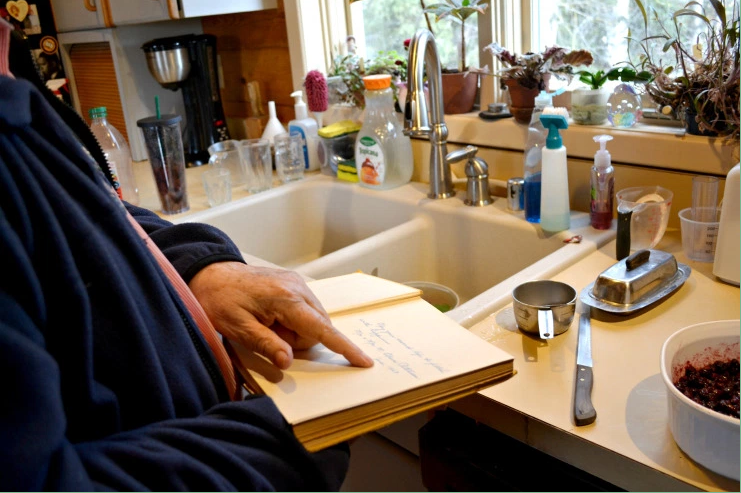 “Some of the recipes in this book I’ve changed, but not this one. This one is perfect,” Grandma said. 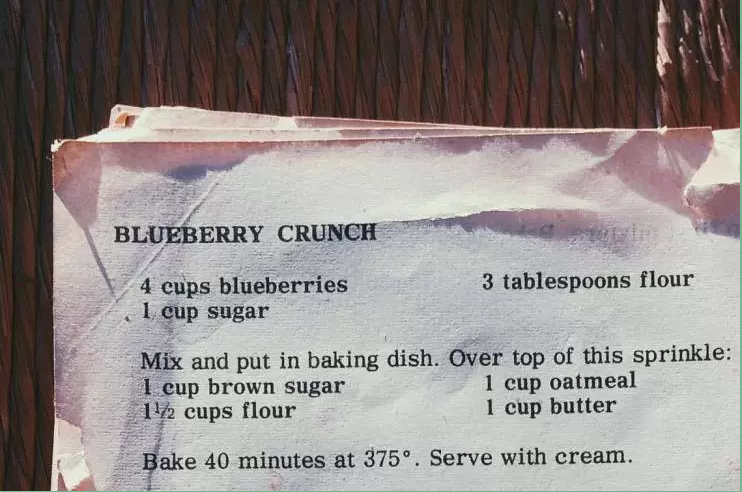 The recipe is relatively simple, despite the delicious and crowd pleasing results it receives. Make sure to let the dessert completely cool before serving, as it’s too runny and messy if served right after it’s taken out of the oven. The perfect way to serve it — the way it’s been served to me my entire life — according to Grandma is to “warm it up and serve it with vanilla ice cream.” 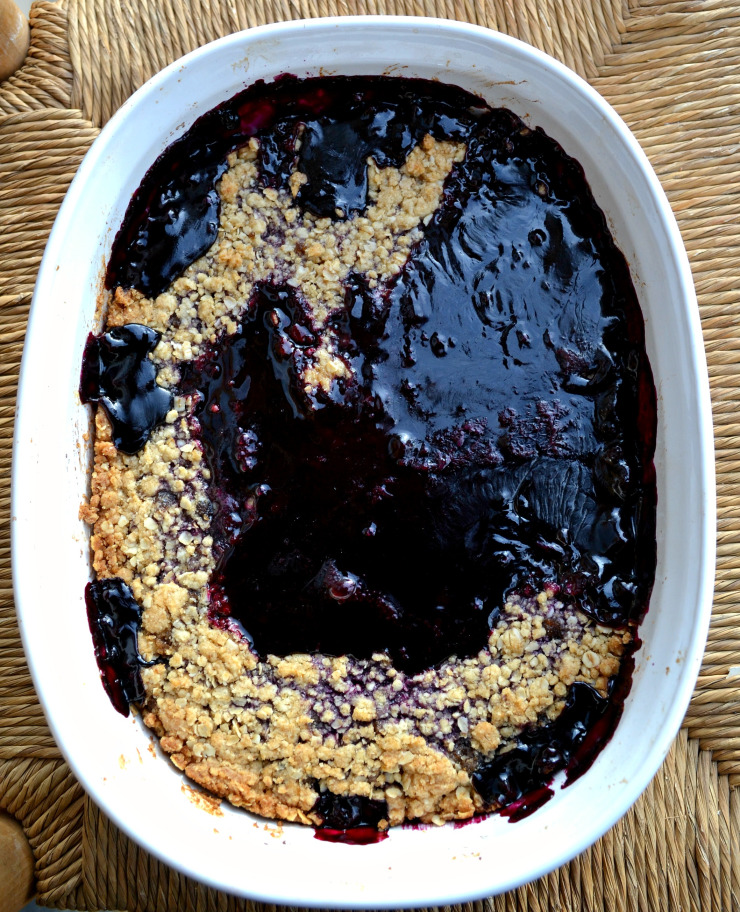 3. For the topping: in a separate bowl, combine the melted butter, brown sugar, flour and oats. Mix until evenly combined, then spread across the top of the blueberry mixture with a spatula. 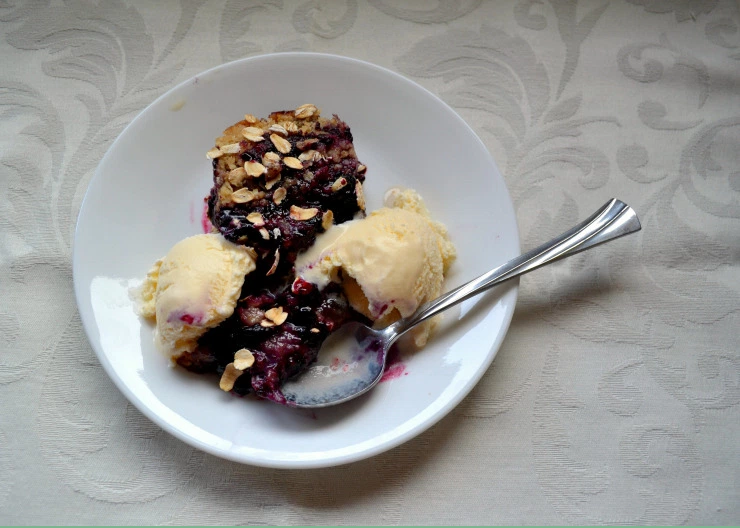 Victoria Petersen is the news editor at The Northern Light and a journalism student at UAA. She was born and raised in Anchorage and is intrigued by all things Alaskana.

*City Kitchen is a series of recipe blog posts contributed by community members, including my food journalism class at UAA.